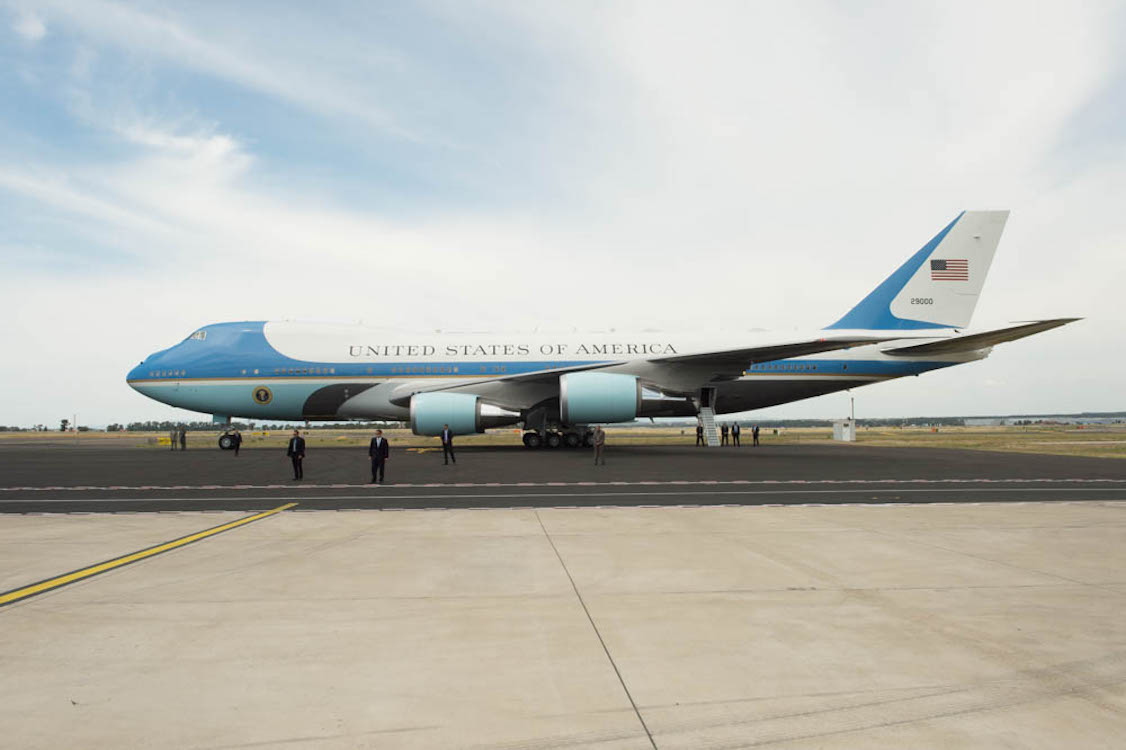 Air Force One, which next to the White House is the ultimate symbol of American Presidential power and prestige, is being replaced by two new Boeing aircraft of a cost of just under $4 billion.

In the process, the plane’s exterior may be getting a facelift that could erase a design that was gifted to United States by an iconic designer who also had a major impact on American business including the auto industry.

Raymond Loewy, the French-born industrial designer who designed everything from locomotives to delivery vans, and automobiles to Coca-Cola vending machines, as well as the logos for Shell, Exxon and TWA, offered his services to President John F. Kennedy in 1962, according to Presidential historian Michael Bechloss.

The automobile designs from Loewy’s independent studio, starting with Hupmobile in the early 1930s. After World War II, Loewy and his chief automotive designer Virgil Exner, made Studebaker a contender with designs for cars such as the Studebaker Starlight, Starliner, Hawk and Avanti.

The company’s vehicles are widely considered some of the most striking and original designs of the post-World War II automotive design era even though Studebaker itself didn’t have the heft to compete with General Motors, Ford Motor Co. and Chrysler.

“When the first jet, a Boeing 707, was added to the presidential fleet in 1959, Dwight D. Eisenhower was content to let the plane’s nose and tail be painted with the Air Force’s easily visible “international orange” and the sides with the block-lettered label of an obscure bureaucracy: Military Air Transport Service,” Bechloss said in an article in the New York Times that was printed in 2015.

“In March 1962, Mr. Loewy, who had a house in Palm Springs, Calif., saw the presidential plane landing at the airport there. That evening, he told his friend Gen. Godfrey McHugh, Kennedy’s Air Force aide, that the aircraft, with its ‘rather gaudy’ orange graphics, looked ‘terrible.’ General McHugh explained that an enlisted man of little experience was responsible for the design.

“He added that a new Air Force One was being constructed. Mr. Loewy offered to make some suggestions, without taking a fee, on how the new plane’s appearance could be made more distinguished,” Bechloss wrote.

Kennedy accepted the offer Loewy’s offer and the result was the striking design, with its vibrant United States of America signage along the side that has been used by American Presidents, Democrat and Republican, to great effect ever since the 1960s. Air Force One itself has gone through several iterations but the exterior design has remained true to the concept Loewy gifted to the United States back in 1962.

However, President Donald Trump has proposed junking the elegant and majestic design in favor of something different as the next iteration of Air Force One is scheduled for delivery in 2024.

President Trump confirmed that he wants to redo Air Force One during his term in office, in an interview with CBS that aired last week, he told reporter Jeff Glor that he planned to repaint the iconic aircraft red, white and blue. “Air Force One is going to be incredible,” Trump told Glor.