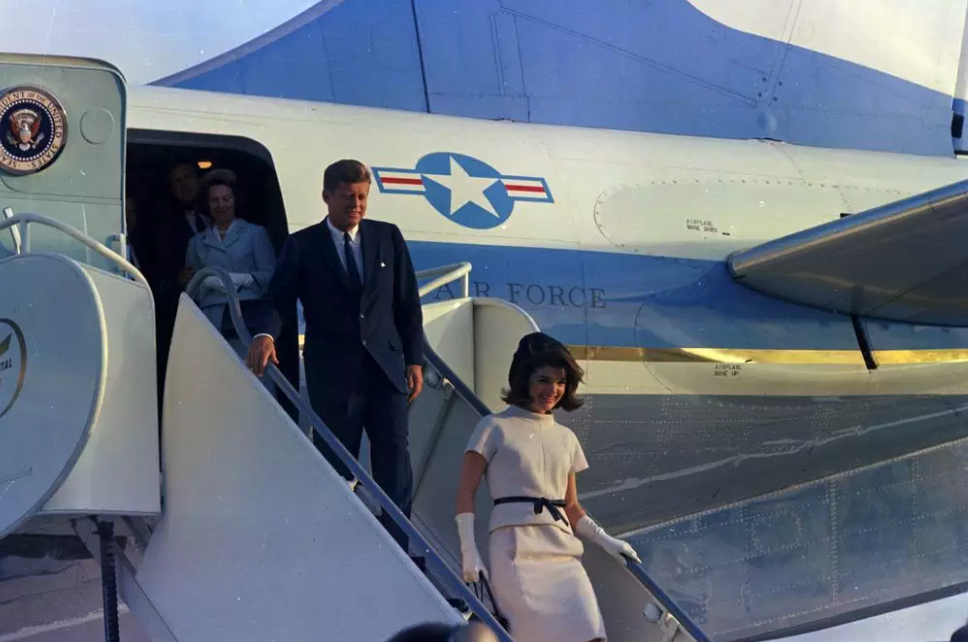 Donald Trump made the already ongoing procurement of new Air Force One aircraft a token defense spending issue even before taking office. Since then, the first year and a half of his presidency has been chock full of news regarding what is a relatively tiny but critical acquisition program within the Pentagon’s massive portfolio. Outright false claims of huge savings on the new aircraft, the controversial move to buy orphaned airframes once destined for Russia, and the airplane’s apparent lack of critical capabilities are just some of the issues that have reared their ugly head regarding the White House’s direct involvement in the program. Now the President wants to do what seems to be unthinkable, to change the iconic blue, white, gold, and seafoam (“Luminous Ultramarine”) paint scheme that has adorned the flying White House since JFK sat in the Oval Office over half a century ago.

In fact, Jackie Kennedy was a pivotal player in the creation of Air Force One’s now iconic livery, transforming the design from the less than elegant flight-test orange motif to the one know so well today.

The New England Historical Society tells how the famous paint job came to be:

Air Force One looks the way it does because President John F. Kennedy sat on the floor of the Oval Office with an industrial designer, scissors, paper and crayons.

It was May 1962, and the Air Force had ordered a Boeing C-137 Stratoliner for the president… The Air Force had designed a red-and-gold color scheme for the plane, a modified long-range Boeing 707.

First Lady Jacqueline Kennedy, with her unerring sense of style, lobbied the president to hire the French-born Loewy.

Loewy met with the president twice. The first time, he and Kennedy sat on the floor of the Oval Office drawing with crayons and cutting up paper to come up with a livery for Air Force One.

Then Loewy visited the National Archives to examine historic documents. He was struck by the first printed copy of the Declaration of Independence, it had the country’s name set widely spaced in capital letters in a typeface known as Caslon.

Kennedy had already ordered the Air Force to remove the military lettering in favor of the simple United States of America. And he told Loewy he liked blue.

Loewy chose two blues: slate and cyan. He left the underside of the fuselage silver and added the presidential seal near the nose, a large American flag to the tail, and the words “United States of America” in capital letters using the Caslon typeface.

The First Lady had a hand in designing the interior of the plane. Kennedy had his own entrance, a pale blue rug with an American eagle in the center of an oval with 13 stars, a customized bed, a stateroom, a conference room and glassware from Tiffany’s.

Air Force One to this day carries the Loewy design.

So this is not just screwing with some airplane’s paint job, it is destroying a historic work of art by a legendary designer and one of America’s most beloved White House couples. The paint scheme is part of our collective heritage and a major reason why Air Force One remains one of the most recognizable symbols of American ingenuity, might, and prestige to this very day.

Axios broke the story about Trump’s wish to remake the look of Air Force One, with Mike Allen writing:

Axios has learned that Trump had one specification for the plane that could cause tension with the Air Force and surprise around the world:

“He can do it,” said a source familiar with the negotiations, when asked about whether Trump can make the change:

Another upgrade: Trump is quite proud of his personal Boeing 757, which he used as his campaign plane:

So POTUS seems to want Air Force One’s appearance to be a ‘louder’ visual affair, something akin to a flying flag. Donald Trump has a long history with aircraft of his own, which are famously known for wearing red, black, white, and gold schemes with a huge italicized TRUMP on their fuselages. Even his lower-profile Citation X had huge Rolls-Royce logos and his made-up family crest painted by its cabin door. Trump’s 757, which once belonged to Paul Allen and replaced his ultra-gaudy 727, was also used as a constant backdrop during his campaign. So although this development is troubling, it isn’t very surprising.

What the President wants to do with his personal property is fine. I actually get a kick out of the crazy branding on his airplanes and helicopters and his in-your-face branding style has made him a wealthy and famous man. There is no doubt that he definitely has an amazing knack for self-promotion. But this isn’t his plane. It belongs to all of us. And turning it into a silly 4th of July fireworks stand billboard can’t happen. It wouldn’t make us look powerful. It would make us look ridiculous.

Many people have joked that Trump will paint a giant eagle on the nose of Air Force One. When it comes to Presidential aircraft, there is actually a precedent for that. A VC-118 Liftmaster nicknamed Independence had just this motif when it flew President Truman around. This was before the cultural lore of Air Force One was established though.

Maybe the most conservative thing we can hope for is something akin to the old American Airlines 747 scheme that was also flown on the Shuttle Carrier Aircraft for years. But it will probably involve a lot more flash based on what we have seen on Trump’s own aircraft in the past.

It’s fine that the President wants to put his touch on the new jets. Including some unique interior elements and other small details like adding a big bed and some gold-plated fixtures or something really shouldn’t be a problem. But changing the aircraft’s outward appearance is.

Clearly, the USAF brass will have some very strong opinions of their own about fooling with Air Force One’s historic and elegant look. But the question then becomes would they actually be willing to take on the White House over such an issue? Probably not, especially considering how this President holds brutal grudges.

The good news is we still have at least a few years before the first of two 747-8i replacements for the USAF two aging VC-25As enters service, so enjoy their gorgeous paint scheme why you still can.

And please, nobody tell POTUS that a new Marine One will be arriving even sooner.

Trump says Air Force One to get red, white and blue makeover

Why some brands disrupt successfully while others fail