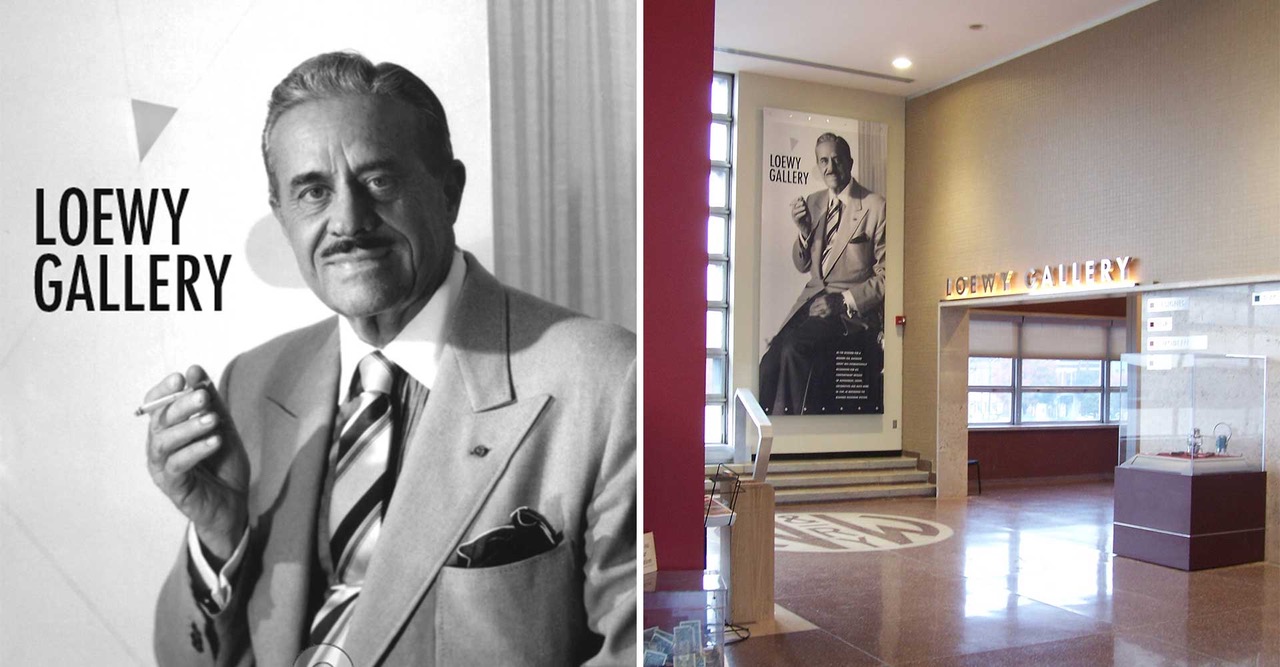 Roanoke, Va., — On Sept. 23, 2006 the first gallery devoted to “the father of industrial design” opened in a railway station that Raymond Loewy himself designed almost 60 years ago.

The former N&W Railway passenger station, which now houses The O. Winston Link Museum, was redesigned in 1949 when N&W (now Norfolk Southern) commissioned Loewy, known the world over for his product and logo designs, to create a look that reflected the company’s modern, progressive image.

Loewy’s designs have become cultural icons and include Air Force One, the slenderized Coca Cola bottle and fountain dispenser, the Studebaker Avanti, interiors for NASA’s Apollo and Skylab series, interiors for the Concorde, Greyhound’s Scenicruiser, the US Postal Service seal, logos for Shell, BP, Exxon, and Lucky Strike.

Keenly interested in transportation design, Loewy was a pioneer in advocating fuel-efficient cars and lower-maintenance locomotives.  His first railroad industry design was the aerodynamic GG-1, the first welded locomotive ever built. It was the first of many designs he would complete for the Pennsylvania Railroad and for the N&W Railway.

Many of O. Winston Link’s critically acclaimed photographs of the final days of steam locomotion were shot in and around the Loewy-designed passenger station which now will be devoted to the genius of both men.

The O. Winston Link Museum’s Raymond Loewy Gallery emphasizes Loewy’s transportation design and remains the only permanent gallery devoted to his work.  Artifacts for the gallery have been collected from numerous sources including The Loewy Estate, the U. S. Postal Service, and the Hagley Museum & Library in Wilmington, Del.

Artifacts and gallery features include:

The 1717 Design Group, the Richmond, Va. based firm is the Raymond Loewy Gallery’s designer.

The O. Winston Link Museum, at 101 Shenandoah Ave., is open Monday through Saturday from 10 a.m. to 5 p.m. and Sunday noon to 5 p.m.  The Raymond Loewy Gallery is open to the public at no charge.