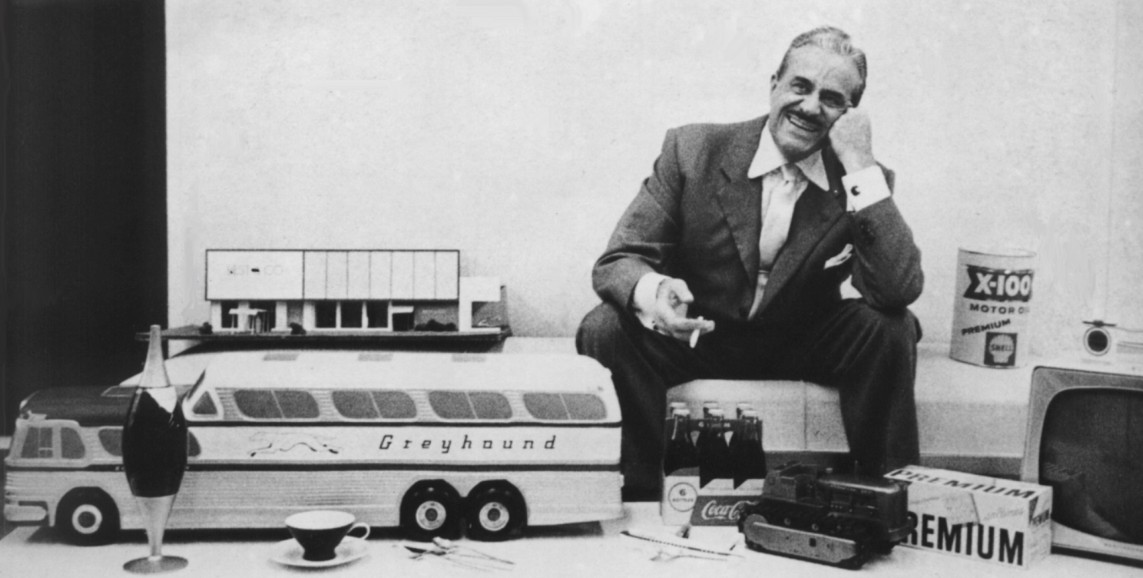 Next time you see an image of Air Force One taking off, think Coca-Cola and Lucky Strikes. The look of today’s presidential plane, emblazoned with “United States of America” on the blue-and-white fuselage, originated with a quiet collaboration between President John F. Kennedy and Raymond Loewy, who was perhaps the most accomplished commercial image and design expert of the post-World War II era.

When the first jet, a Boeing 707, was added to the presidential fleet in 1959, Dwight D. Eisenhower was content to let the plane’s nose and tail be painted with the Air Force’s easily visible “international orange” and the sides with the block-lettered label of an obscure bureaucracy: Military Air Transport Service.

But his successor, John F. Kennedy, and Kennedy’s wife, Jacqueline, were far more attuned to how symbols could enhance a leader’s image — what we might now call his “brand.” When Kennedy first ran for Congress in 1946, his financier father, Joseph (who had once owned the American franchise for well-known liquor brands such as Haig & Haig Scotch), said, “We’re going to sell Jack like soap flakes.” During the 1960 presidential campaign, Kennedy supporters wore PT-109 tie clips to remind voters of their candidate’s heroism in saving his crew after his Patrol Torpedo boat sank in the Pacific during World War II.

As a college student, Jackie Kennedy had once drolly written that her life’s ambition was to be “a sort of overall art director of the 20th century.” Operating out of this aesthetic instinct, her interest in history and her desire to help her husband (who had been elected by a tiny popular-vote margin) at a time of almost unrelenting Cold War crisis, she famously restored the White House with the ambition of improving how the American presidency was presented to the world. To both Kennedys, Eisenhower’s drab, military-looking plane was a missed opportunity. They started by having its fuselage repainted with the words “United States of America.”

In March 1962, Mr. Loewy, who had a house in Palm Springs, Calif., saw the presidential plane landing at the airport there. That evening, he told his friend Gen. Godfrey McHugh, Kennedy’s Air Force aide, that the aircraft, with its “rather gaudy” orange graphics, looked “terrible.” General McHugh explained that an enlisted man of little experience was responsible for the design. He added that a new Air Force One was being constructed. Mr. Loewy offered to make some suggestions, without taking a fee, on how the new plane’s appearance could be made more distinguished.

Born in France in 1893, Mr. Loewy had migrated to New York after serving in World War I. While building his design business, he made his mark on the Lucky Strikes package (changing its color from green to white), the 1940s Lincoln Continental, the Coca-Cola bottle, dispensers and vending machines, the Greyhound Scenicruiser and the Pennsylvania Railroad locomotive. (Later he created logos for Exxon, Shell and the United States Postal Service.)

By Mr. Loewy’s account, he visited the White House a few months after his conversation with General McHugh. After the designer laid out some sketches on armchairs against a wall, President Kennedy chose one that featured a red-and-gold design, but asked for it to be rendered in blue, which he said was his favorite color.

Mr. Loewy recalled that Kennedy also chose the Caslon typeface — which resembles the one used in the heading of the Declaration of Independence — that was used for the legend “United States of America.” During their meetings, Kennedy also asked Mr. Loewy to consider how the federal government’s visual imagery could be improved, and Mr. Loewy’s firm was retained for a feasibility study, which led to the orange stripe used by the United States Coast Guard.

The new Air Force One entered service in the fall of 1962. Its color scheme and graphics proved to be timeless, and they survive today on Barack Obama’s Boeing 747s, combining sky blue with what Mr. Loewy called “a luminous ultramarine blue,” with an American flag on the tail and a presidential seal on each side, near the nose. The Kennedys were anxious about charges of commercialism, so Mr. Loewy — normally no shrinking violet — remained publicly quiet about his role in the plane’s transformation, for a while. Breaking his silence in 1967, he told United Press International about his involvement, adding that the president had “loved that aircraft. It was his baby.”

Just as Mr. Loewy’s logos and designs helped to differentiate commercial products in the marketplace, his work on Air Force One helped to make the plane a world-famous symbol of presidential majesty and power. For instance, on election eve 1976, hoping to benefit from its aura, Gerald Ford’s campaign advisers had the president address American voters from Air Force One on live television, over engine noise, with opening and closing images of the plane soaring above clouds.

The impact of the reimagined aircraft was evident on the morning of Nov. 22, 1963, when the Kennedys were landing at Love Field in Dallas, and a local television announcer told viewers, “Here comes the big jet — Air Force One, ladies and gentlemen, with the seal on the side,” adding, “Beautiful sight!”

Jacqueline Kennedy had always drawn the line at letting the plane’s luxurious new interior (also designed with Mr. Loewy’s help) be photographed for publication, out of worry that the staterooms looked too much like those of a rich tycoon’s private plane. The first time most Americans got a look at Air Force One’s interior was that afternoon, after her husband’s assassination, when Lyndon B. Johnson, in one of the most famous images of the century, was photographed taking the presidential oath there at her side.

Raymond Loewy’s E-Type Jaguar – Can You Improve Upon Perfection?